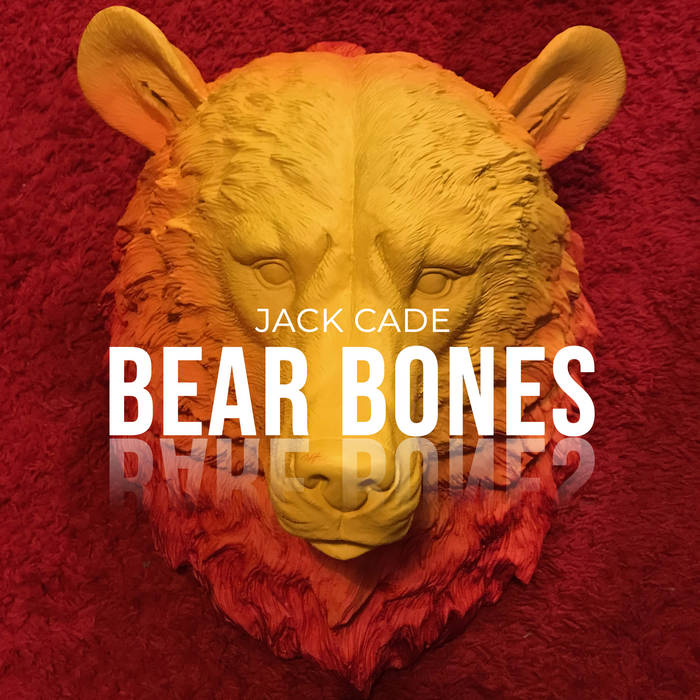 Ian Mitchell This album is a testament to the man’s songwriting talent. The lyrics, arrangements and vocals are the sign of an artist in his prime. If you like your Americana rich in sound and in heart, this album is a must.

The latest solo album from Jack Cade with songs inspired by the everyday goings on of life in a modern world. This album sees Jack move in a more upbeat direction from the first solo album, with a mix of acoustic and full band numbers. Maverick Country Music Magazine described Bear Bones as a '...stellar album'.

In keeping with Jack's ethos, the download price is kept low, but if you can spare a few extra bucks it is much appreciated as, like all artists, we put a lot into making these tunes happen. Please remember to spread the word and do some shout outs on social media, post an Instagram pic, follow Jack on Social media, put the music on a playlist or tell a local promoter they should book Jack, it all helps.

Maverick Magazine - Rob Ramsey - 4 Star Review
A terrific Americana album... Listening to Bear Bones is certainly a fulfilling experience. What’s immediately striking are Cade’s vocals, which are exemplary. When you combine that with songs really standing out, you’re onto a winner, especially when the musicianship is very, very good... ...make no mistake, Cade has created a stellar album.

Americana UK - Mike Elliott
Jack Cade will never be accused of having a golden throat. Imagine Kris Kristofferson in a heated argument with Tom Waits, Captain Beefheart, and Johnny Cash. If it helps, or just for fun, picture the gigantic yellow bear head that graces the cover of his second solo album, ‘Bear Bones,’ as the singer of the songs within. Once you get it, though, you’ll be glad you stuck around, because ‘Bear Bones’ is one captivating listen...

...‘Bare Bones’ is not so much a departure for Cade as it is an evolution. He’s learned to channel the dark and acoustic tones of his earlier work into a more accessible sound, yet it remains raw and powerful. By making many of these songs rock-based and hook-heavy (and the songs stay with you long after the album’s over), Cade has guaranteed his music will reach a wider audience without compromise – every artist’s ultimate dream.

Folk and Tumble - Gerry McNally
Bear Bones’ has a great alt-country sound that mixes good rocking tunes with laid back poignant melodic Americana. Cade has a voice that sounds like the illegitimate offspring of Johnny Cash and Tom Waits, and his strong personal lyrics show empathy with everyday feelings and situations. While sounding deceptively bleak at times, the record delivers an upbeat message of hope and encouragement. Such is the quality and depth of the songwriting and music on this record it could be described as Cade’s very own ‘Nebraska’.