The Death Throes of a Jaded Empire

by Jack Cade and the Everyday Sinners 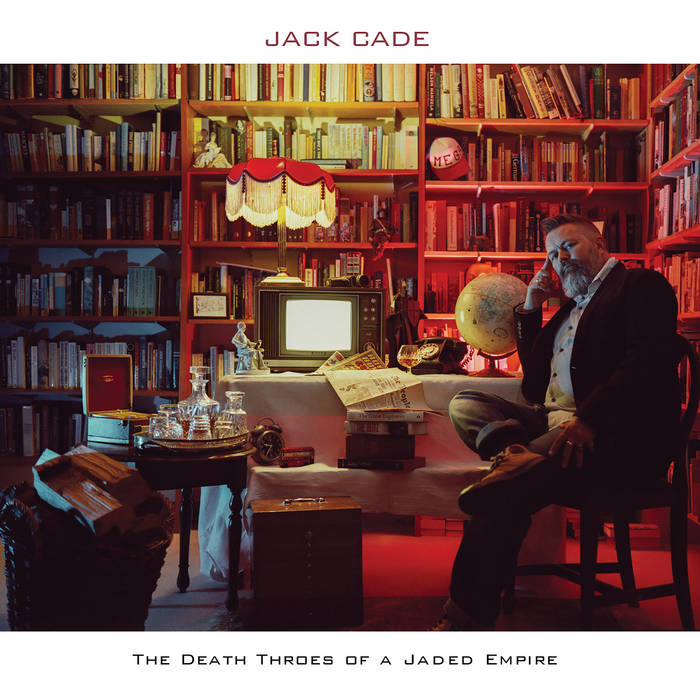 The Death Throes of a Jaded Empire was written and recorded by Jack whilst holed up in a studio during lockdown. The album title reflects a growing sense that, as a nation, ‘Great’ Britain is somewhat living on it’s past perceived glories, much like a washed up Hollywood actor continually recounting tales of the good old days. Everyone else is moving on, yet we seem unable to reimagine ourselves in a better way.

Musically, it falls somewhere between 2016’s dark and at times attritional ‘A Murder of Crows’ and the more upbeat tunes of 2019’s ‘Bear Bones’. Covering the theme of awakening, it weaves its way through tales of growing up in a run-down seaside
town, hidden history, navigating the difficulties of modern divisions, protest, deception, love and the struggles of letting go of past regrets. It would be fair to say, Jack doesn’t really do light and easy subjects or tales, and his songs are delivered in a
distinctive rough baritone that, at times, has a nasty growling edge, as if he has his own personal overdrive pedal lodged in his throat.

Ultimately though, it is all about the lyrics, stories, observations on life and the experiences along that well-worn road that breathe life into his songs, painting broad and accessible pictures on each subject.

As Jack puts it. “ I am, like all of us, the product of my upbringing, the places I’ve lived, the family and friends around me, the media I consume, the lessons learned at school, in books and even comics. But the history we learn rather than experience, as a very old adage goes, is ‘written by the winners’, and as such, any uncomfortable truths and facts are buried, lost and polished out of existence. Like the title of the third song on the album, the last decade has been like a gradual ‘Awakening’ for me, a realignment of knowledge and a lot of the foundation blocks that make up my understanding of life and society, and my place in it. This album explores some of this awakening, from my roots growing up in a fading Victorian seaside town to the growing realisation that a lot of what I have taken for granted as being truth is far from it in my little bubble of life. All I can do now is strive to relearn and restructure, question more, open my mind to new ideas and truths, and build new perspectives. “